"The Battlefield is where I belong"
— Helen Collins
Fanon Article Ownership
This Fanon page was created and is owned by Xlr8rify (talk), and as such is not part of the Soul series canon.
Unless the edit is constructive and/or minor (such as fixing a template), please do not edit this page unless given permission from the author.

What lies in her Soul is Revenge.

In Soulcalibur V's promotional material, she is referred to as Lost in The Shadows.

Though Helen is Caucasion, her 1p costume is influenced a lot with japanese culture. She wears a dark pink kimono which compliments her Katana Iai blade. Her kimono also has floral design to it as well. Her outfit is an inspiration to Soul Series' Setsukasince both character's are caucasian but both wear japanese attire.

She wields a Katana Iai Blade named the Asherah in honor of her mother. Both Riley and Helen weild an Iai Blade. Though shorter than Riley, she is slightly more stronger than him but do to her height, she lacks reach with her weapon and needs to get closer to her opponent when attacking. Also do to her height, it's hard for her to jump over her opponents when she is doing her aeriel attacks. Other than her flaws she can deal very deadly fast attacks which usually leaves her opponents little recovery time after each attack she deals to thme. She has the same moveset as α Patroklos.

Transcending Rapture: Helen sprints forward and swings a devastatingly fast blow at her opponent, crystallizing them as she sheathes her sword.

The Asherah is a katana that was passed on to Helen after the unfortunate death of her mother. She keeps it close with her at all times as a memory of her family. Her version of the Asherah has a Black handle and scabbard and also a pink metallic blade.

"If life is a battle, then a duel is the epitome of one's life"
— Narrator

This is Helen's home stage.

This stage is a beautiful city that preserved its appearance as best as it could. It still keeps the same appearance as it did four centuries ago.

This stage has three sides for a possible ring out.

Helen is very cynical in her quotes, but she is also a very brave fighter. Other than her quotes, she is a nice, kind, and sensitive character but when she is fighting, she is often taunting her opponents calling them stupid and also very determined. She is a Neutral Good Character.

In love with Riley Lind

A good friend of Mustafa Ahmed 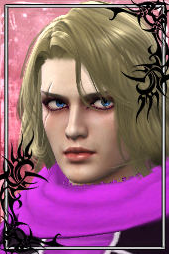 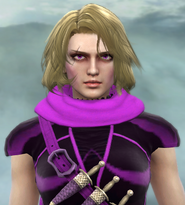 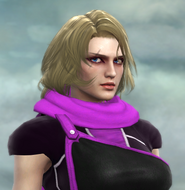 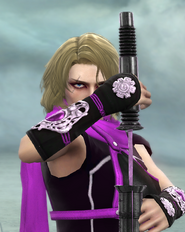 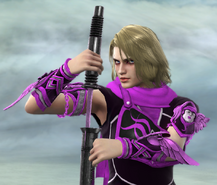 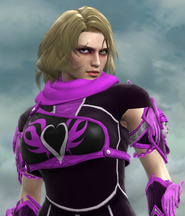 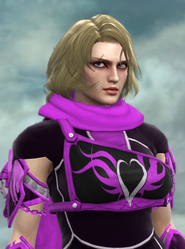 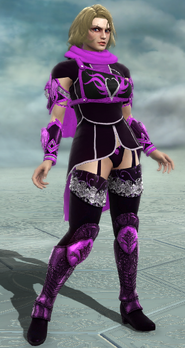 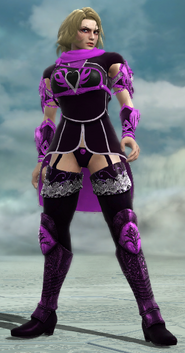 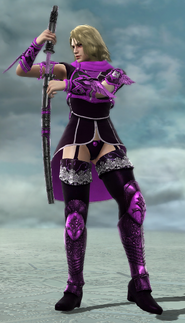 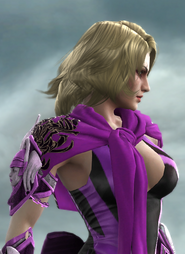 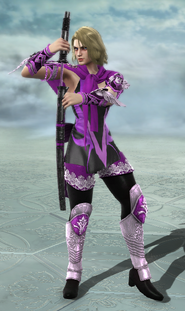 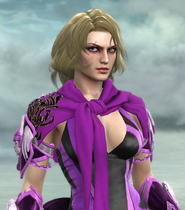 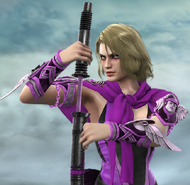 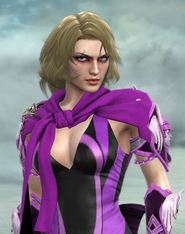 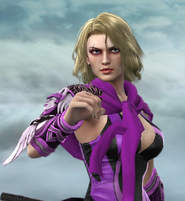 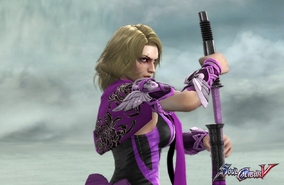 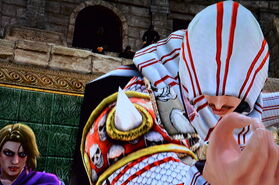 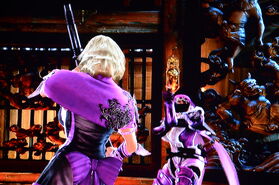 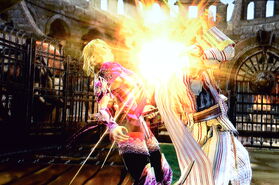 Helen being attacked by Johnny.
Add a photo to this gallery

Retrieved from "https://soulcalibur.fandom.com/wiki/FanChar:Xlr8rify:Helen_Collins?oldid=144419"
Community content is available under CC-BY-SA unless otherwise noted.