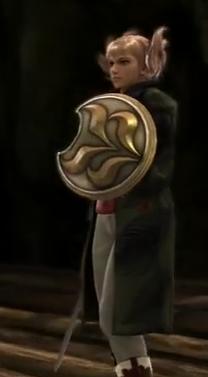 Gisil, mostly appearing under the alias Falcon Assassin, is a character involved in the Quests of Soulcalibur: Lost Swords. She uses Pyrrha's fighting style.

Gisil first appears disguised as an innocent girl, pretending to be attacked by the Flyaway Falcons, a clan of assassins. However, when the player approaches her, she reveals herself to be actually one of them by attacking the player.

Retrieved from "https://soulcalibur.fandom.com/wiki/Gisil?oldid=175022"
Community content is available under CC-BY-SA unless otherwise noted.