Johan Dürer (ヨハン・デューラー, Yohan Dyuuraa) is a knight from the Holy Roman Empire who is introduced as a background character in Soulcalibur and Soulcalibur II, and later appears as an enemy in Soulcalibur IV. He claims to protect his country with honor. He fought in many wars, was married, and had children. His elite army is also a clan of knights with different fighting styles.

Johan Dürer was born in Konstanz, Holy Roman Empire, on September 18, 1542. At a young age, he took the path of the sword due to the harsh times, and eventually turned into a mercenary. He participated in every war he could, and when there wasn't one he worked as a bodyguard for the merchants, usually targets of local bandits. Because he took his enemies' weapons, he developed a form to wield any weapon with ease. He called this style "Riese Apostel" (Giant Apostle in German, translated as Largus Apostolus in Girardot's profile, which has the same style) in honor of the nickname he got in the battlefield, Riese.

Eventually the firearms started to replace swords in war and Johan, frustrated by continuous defeats, finally decided that he couldn't make a life from only onslaughts, and so he joined an elite knight force from a fortified city and settled there. He married a woman, who gave him two sons and a daughter, and, thanks to his past war records, turned into the elite's leader.

Johan was also an emissary from Lord Eckart of Rauchburg and an ally to the Wolfkrone Kingdom as he fought alongside it's king George.

The day of the Evil Seed phenomenon, the lord of the castle was possessed by its evil will. Turned into a bloodthirsty monster, he rampaged the castle until he got captured. The high-ranking vassals of the castle, worried by the situation, sent various undercover groups, Johan leading one, to investigate the strange phenomena. During his travel, Johan met with the Azure Knight Nightmare. Nightmare killed the entire unit, including Johan's sons, excluding Johan, who was left alive and scarred.

Johan returned before regent Hilde & her followers, bearing a frightful scar on his armor. He revealed the information about Soul Edge, its existence and the events surrounding a Spanish port town and Captain Cervantes. Eventually Johan convinced the vassals to allow him to create a hunting unit to retrieve the evil sword called the "Hunters of the Evil Sword". Johan gathered young men and, after weeding the cowards and curious, started an arduous training.

Johan and his group traveled around the world, until the training was complete and they headed back to the castle. The men were no longer knights, for they returned as Berserkers. Johan, finally taken by the evil energy from his wounds, lead his unit to assault the castle. Johan himself freed the captive beastly lord and executed the vassals, soon discovering the evil powers inside him asking for souls. Johan set the castle aflame and left with his lord and students into the eastern forests.

He appears in Soulcalibur IV as an Ostrheinsburg soldier under Nightmare, though not with the berserkers. He now uses Nightmare's fighting style, wielding the Claymore sword.

He survived the events of the game.

Johan continues to serve Nightmare, who has become known to the public as 'Graf Dumas'.

Despite this, he appears to sympathize with Tira.

Creation Formula For Durer In SCIV 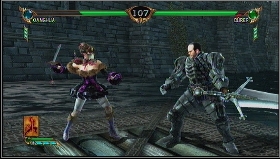 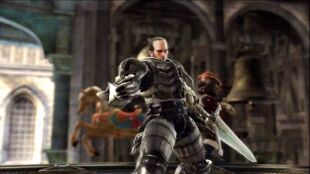 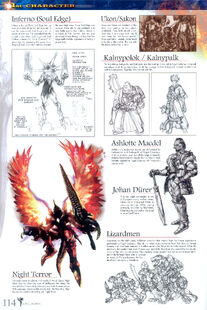 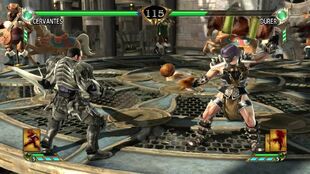 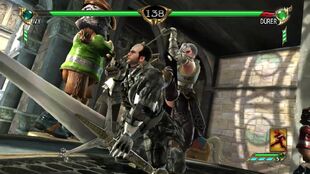 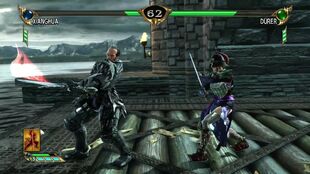 Add a photo to this gallery
Retrieved from "https://soulcalibur.fandom.com/wiki/Johan_D%C3%BCrer?oldid=177300"
Community content is available under CC-BY-SA unless otherwise noted.