Kulutues is a giant axe created by Kunpaetku, the Grand Priest of the heretical order Fygul Cestemus. He used various incantations to create the axe, which Astaroth took in his quest to find Soul Edge.

Most familiar and well-balanced for him.

Description: A giant ax designed for Astaroth by the cult that created him, the heretical order of Fygul Cestemus. It carries the blessing of their priests, but to a non-member attempting to use it, that blessing acts as a curse. It is Astaroth's preferred weapon and is very well-balanced. 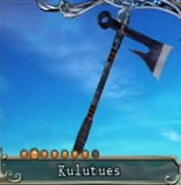 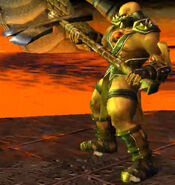 Astaroth wielding the Kulutues in Soulcalibur 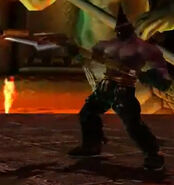 Astaroth, in his bonus costume, wielding the Kulutues in Soulcalibur II 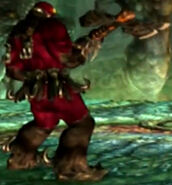 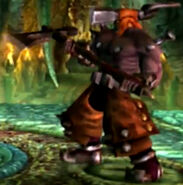