A Malfested (referred to as Evils (イヴィル, Ivuiru?) in the Japanese version and Outsiders (異分子, Ibunshi?) by the Aval Organization) is a being corrupted by the power of Soul Edge. They serve as the primary antagonists in the Soul series. Initially thought to have been created by the Evil Seed, it is later revealed that the Evil Seed merely transformed them from humans into mutated monsters. In Soulcalibur Legends, Malfested initially were on the side of the Ottoman Empire, but after the defeat of Barbaros, they joined the Masked Emperor of the Holy Roman Empire (Non-canon). Malfested that protect shards of Soul Edge are known as Guardians. Lizardmen, Berserkers and Dragon are both types of Malfested.

Malfestation is caused by Soul Edge's curse. It is regarded as a type of cancer, or even an entirely new parasitic organism. However it causes enhanced physical abilities among it's victims, and can cause victims to mutate into more powerful states of being when they experience intense emotion. It can also causes some victims to gain what appears to be some kind of immortality.

The traits gained by the victims are possibly based on their personality and physique, as Tira may have stopped aging due to being part of a clan that valued survival above all else. Male Malfested often display physical transformations while females generally don't, though exceptions like Pyrrha Omega, and Maki exist. When Cervantes became malfested, he was a zombie due to being revived by Soul Edge. When Raphael and Amy became malfested, they gained vampiric traits and abilities.

Malfested animals that act as minions for Soul Edge are known as Watchers. Cervantes' shark, Nightmare's hawk, and Tira's crows are examples of Watchers. 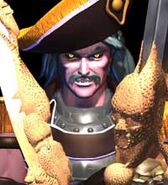 Siegfried as a malfested (Nightmare)
Add a photo to this gallery 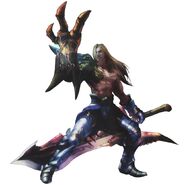 Siegfried as a malfested (Nightmare) 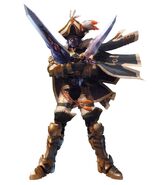 Cervantes as a zombie malfested
Add a photo to this gallery 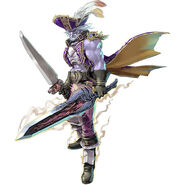 Cervantes as a zombie malfested

Raphael as a vampire malfested
Add a photo to this gallery

Cervantes as a zombie malfested 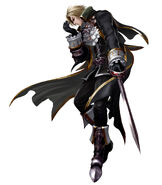 Raphael as a vampire malfested 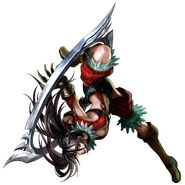 Tira as a malfested
Add a photo to this gallery

Raphael as a vampire malfested 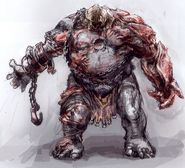 Malfested birds
Add a photo to this gallery 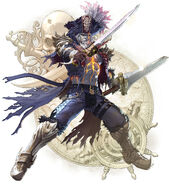 Cervantes as a mutated zombie Malfested 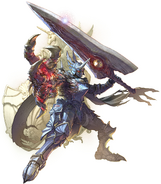 Siegfried as a Malfested (Nightmare)

The original Cassandra as a Malfested
Add a photo to this gallery
Retrieved from "https://soulcalibur.fandom.com/wiki/Malfested?oldid=173212"
Community content is available under CC-BY-SA unless otherwise noted.