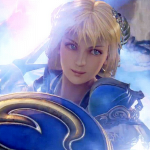 Welcome to my Message Wall!

I adopted this Wiki and became a Bureaucrat. I also run Soulcalibur Community on Facebook, which merged with this Wiki. If you have any questions, just leave me a message!
To find more Admins to contact go to the Administrators page.