The Master is a name used for various weapons. Each character in Soulcalibur V, with the exceptions of Algol, Ezio and Elysium, has a weapon called The Master. These weapons are decorated with dragon motifs. These are the weapons that Edge Master uses when mimicking the given style. Kilik also uses the Master, although only for the male fighting styles, and with the exception of Xiba's, where he uses the Kali-Yuga.

The same short sword is used for the Patroklos', Pyrrha's, Pyrrha Ω's and Hilde's battle styles, and the same katana is used for both Mitsurugi's and Yoshimitsu's styles. The dual swords for Cervantes' style only vary in size. Likewise, Hilde and Xiba share the same Halberd with different lengths to accommodate their own styles. Despite the similarities in their styles, Siegfried's and Nightmare's styles both have their own versions of the weapon. Interestingly enough, even though Dampierre cannot use The Master, a version of The Master exists in his style, enabling Edge Master and Kilik to copy his moveset.

These weapons appear to resemble the weapons held by the statues in the stage Tower of Glory: Most Holy Dichotomy. 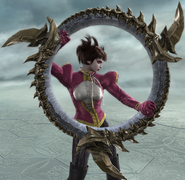 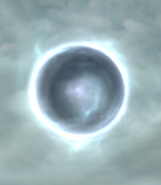 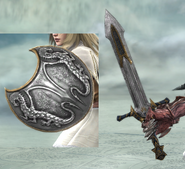 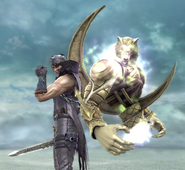 The Master Shortsword & Lance
Add a photo to this gallery

α Patroklos' The Master
Add a photo to this gallery

Retrieved from "https://soulcalibur.fandom.com/wiki/The_Master?oldid=167147"
Community content is available under CC-BY-SA unless otherwise noted.